I’ve been on a quinoa kick lately. I’ve found that I prefer it over pasta, which is a bit shocking considering I grew up on the white, starchy noodles. I’ve incorporated quinoa into fruit and veggie salads, but I decided I wanted more variety. I came across 24 vegetarian quinoa recipes (the 25th recipe is from yours truly) that I added to my “must try” list of recipes that use quinoa. I wanted to share these recipes with you since they look so delicious! If you try any of them, let me know what you think! 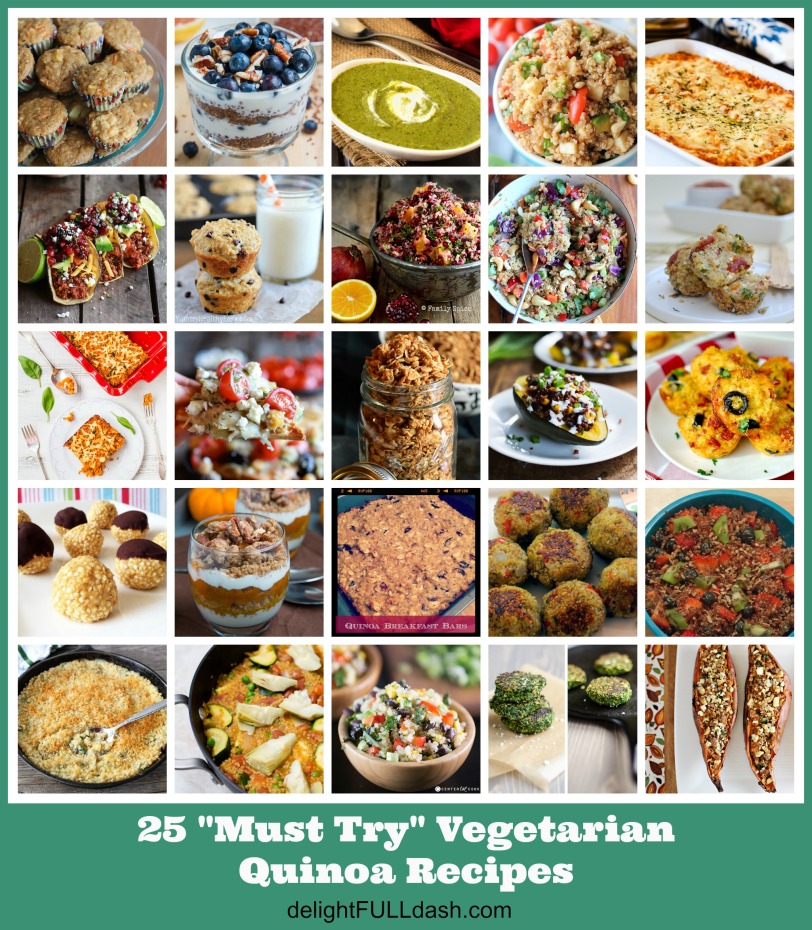